The existing layout made it look very long and narrow, so by removing the lawn and the defined borders and replacing these with pebbles over the whole area this visually widened the space.

We removed a number of existing conifers and trees which overcrowded the garden and made it very dark. And planted all the existing Acers and Rhododendrons in the ground so that they could thrive now out of their pots. Then we added Bamboo, grasses and other plants to complement these.

The Corten steel Moongate is indicative of a Japanese garden and brings in additional height and interest to lead you down the garden via the stepping stones to an attractive Summerhouse.

Another feature in Japanese Gardens is trellising, so this was added to the tops of the fences for added screening from the neighbours, on the garage walls for climbers and to screen the waterbutts.

Then when down the garden there is an additional hidden seating area with large reflective pool to sit by and relax.

This garden won an APL Silver Merit award in 2020. 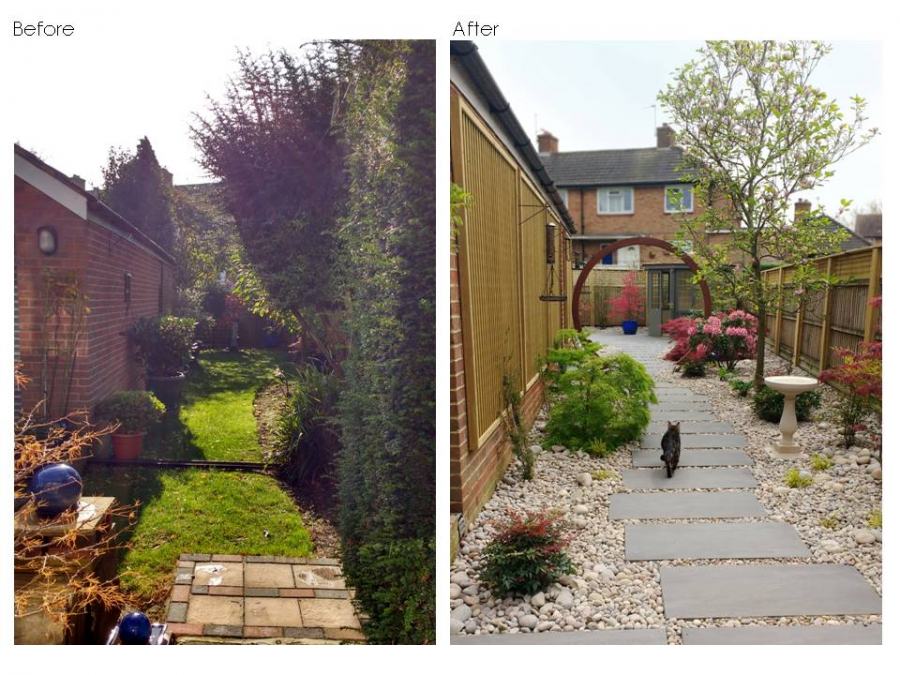 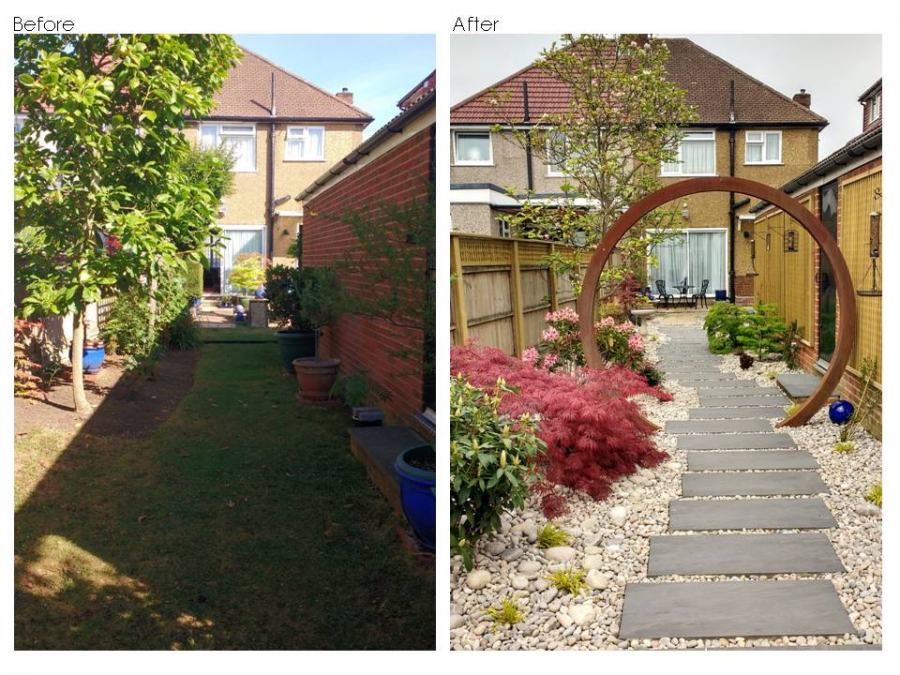 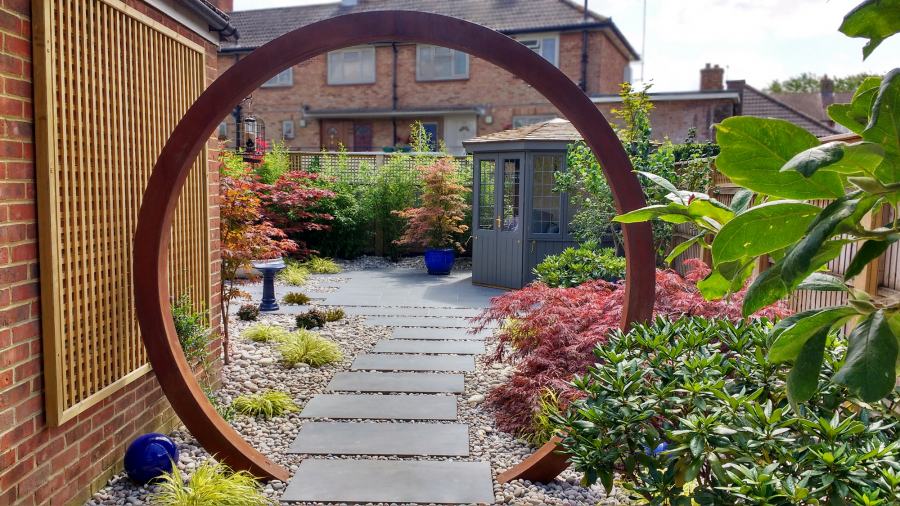 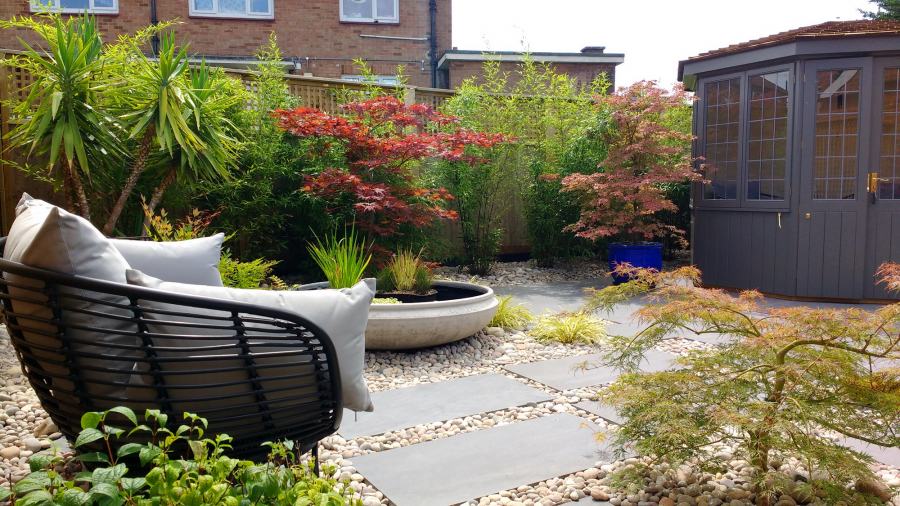 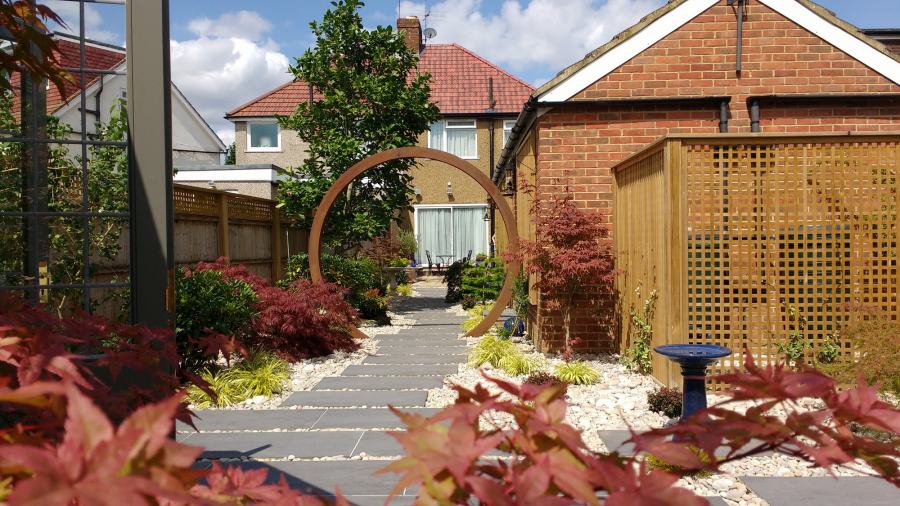 view our other work